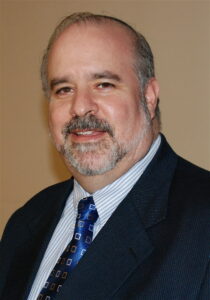 Larry Kaplan is a native of Philadelphia and was active as a teenager in USY and Camp Ramah in the Poconos. His first encounter with Temple Israel in Wilkes-Barre was in the summer of 1972 when a busload of campers joined their friend (now Rabbi) Charles Popky in helping in the aftermath of Hurricane Agnes. Years later, as a Ramah counselor, he recalls saying to his friends on a day off spent at the Wyoming Valley Mall, “Can you believe people actually live here!?”

Rabbi Kaplan is married to Gerri, who is the Assistant Principal of Midrasha, our shared Hebrew school with Temple B’nai B’rith. They came to the Wyoming Valley in 1998 with five children and have since adopted enough to make a minyan! The Kaplans have been a foster family to over 70 children through the years.

Rabbi Kaplan received his BA in Judaic Studies from Brandeis University and his Masters and Rabbinic Ordination at the Jewish Theological Seminary of America in 1987. He has served pulpits in Hartford and Miami before coming to Wilkes-Barre. His decision to move his family from Miami to Northeast Pennsylvania was based on two factors. First, he missed his snow blower. The second was what he saw in the Times-Leader when he came to interview. For two days the headlines were about how the students at the Bishop O’Reilly High School, who had been disrespectful during a visit from the Bishop, had their junior prom cancelled as a consequence. Local radio stations arranged an alternate prom for the students, but angry listeners convinced them to let the students suffer the consequences of their behavior. Rabbi Kaplan decided to move his family from headlines about murders and violent crimes committed daily in Miami, to headlines about the cancellation of junior proms in Wilkes-Barre.

Rabbi Kaplan sits on the boards of many local organizations, including the Interfaith Council, The Downtown Ministerium, Ruth’s Place, Step By Step, the Jewish Community Alliance, and is past chair of the advisory board of Luzerne County Children and Youth Services.

Rabbi Kaplan studied under the tutelage of Monsignor Andrew J. McGowan, of blessed memory, to learn how to be master of ceremonies and give invocations at community events, including the annual dinners of the Luzerne Foundation, Association of the Blind, and Leadership Wilkes-Barre. He has taught Jewish History at Wyoming Seminary and teaches Old Testament at Kings College and World Religions at Misericordia University. He serves as the Jewish Chaplain at the Wilkes-Barre VA Hospital, and is an instructor for the Substance Abuse Residential Rehabilitation Treatment Program there. He has served as chaplain at the Dallas State Correctional Institution. He leads an interfaith trip to Israel every other year and teaches adult education programs at the Jewish Community Center, and often lectures at community venues including the Elder Issues Coalition and Leadership Wilkes-Barre.

Rabbi Kaplan has been serving Temple Israel since 1998 and has enjoyed being its spiritual leader. The most important lesson he has learned is that a congregation rich in history and steeped in tradition takes change very slowly, and he has patiently helped Temple Israel to enhance its worship and experience new trends in Jewish education and programming and is happy that the congregation has been supportive of adding music to services. He tries to be as accessible as possible to all members of the congregation, the community and anyone visiting our Temple or the website. 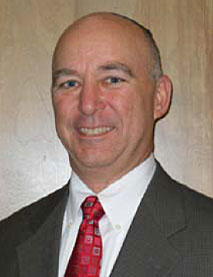 Cantor Ahron Abraham has been the shaliach tzibur of Temple Israel since 1987. He received a Bachelors and Masters Degree in Music from the University of Maryland and pursued doctoral studies at the University of Texas before entering the cantorate. Cantor Abraham grew up in a family steeped in Jewish musical tradition. He sang in the synagogue choir with his grandfather, and performed with his mother and aunt, the “Deutsch Sisters” in many concerts, including performances throughout Israel.

Cantor Abraham learned hazzanut from Cantors Jacob Friedman and Jack Schneider, and especially from his grandfather Herman Deutsch, a connoisseur of “good nusach.” He was privileged to study Jewish liturgical music and organ with the noted synagogue composer, Herman Berlinski. Cantor Abraham has been a member of the Cantor’s Assembly since 1986. He and his wife Carole have four children, who have all participated with him in services over the years.

Cantor is involved in many aspects of Temple life. He enjoys teaching both children and adults to be participants in our services, and has worked to make the daily minyan as well as Shabbat and holiday services spiritual and educational experiences. He frequently lectures on Jewish music, history and liturgy throughout the community. Cantor served on the faculty of Wyoming Seminary for many years, teaching Bible, Jewish history and public speaking. He enjoys working as a leadership partner with Rabbi Kaplan, and the two can be heard harmonizing together during our services.